The prize was a result of Jobindex’s recent launch of the job database eksportjob.dk – a special job and CV database connecting export companies and job candidates with special knowledge of countries, cultures, and languages. Here, people of another background than Danish with a higher education can search and apply for jobs where their background will be an advantage. At the same time, it is easy for companies to find employees with a special knowledge of the countries to which they wish to export.

As we received the award, the Minister of Social Affairs, Children and Integration, Annette Vilhelmsen said:

"It is great to see a company that works to change other companies’ perception of people of a different background than Danish. This way, more work places will see these people as resourceful employees who, with their knowledge of language and culture, can contribute to the companies’ export. Jobindex, therefor, is an ideal example of how a company can spread the idea of uniting integration and growth – to the advantage of both employer and employee."

The award presentation took place on October 7th at Bremen Theatre in Copenhagen, and it was a group of happy and proud employees who received the nice award:

"It is of course amazing to win the Prize for Integration, but it is also binding. We will continue to strengthen the bridge we have built between companies and people of another ethnic background than Danish – and do our best to guide, inspire and spread the word."

"We are honoured to receive this award and very happy about our 10 year collaboration with the Association New Danes. We have created a platform for the companies. Now it is up to them to use the great potential existing among the New Danes"

Read more about winning the Prize for Integration on Kaare Danielsen’s blog.

The Prize is made by artists Rikard Thambert and Nanna Abell who have described their work below:

"The Prize consists of a Nose from Juno Ludovisi (Hera, the wife of Zeus, Roman marble head, Italy, 1st century) and Venus of Willendorf, female figure, Austria ca. 24,000-22,000 B.C. ) The Prize consists of two individual figures combined by a chain of silver and has been inspired by different cultures and ages. In between the figures there is a broad cultural space of opportunity due to their different backgrounds and visual languages. They are dependent on each other’s opposites to create and broaden the idea of diversity and culture. These constellations accentuate and use each other’s different qualities and hold suggestions to combine elements in many different ways - The two units make up one united prize which you need to hold using both your hands." 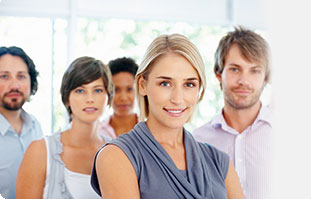